While many therapists face challenges on their road to licensure, Julie Costello, a Licensed Marriage and Family Therapist, did the near-impossible: She earned her Master’s, multiple states licenses and, later, AAMFT-Approved supervision credentials, as a dedicated military spouse, relocating herself and her family into 13 homes across the United States and abroad.

For anyone earning their hours currently, it’s easy to imagine even one move to another state derailing their hard-earned accumulation of hours and creating a paperwork nightmare. It was Julie’s perseverance, passion, commitment to be of service, and ability to stay open and take chances that contributed to her building an incredible, fulfilling career.

Today, Julie is happily settled in Kansas, working with the military population, both in-person and online, and supervising pre-licensed clinicians with Motivo.

Julie graduated from Old Dominion University and began working in social services, starting at a group home for teenagers and later conducting child abuse investigations, where she was assigned to serious physical and sexual abuse cases.

Part of her work involved referring clients out to therapists, work she realized she longed to do herself. Newly married, Julie made plans for grad school; then her husband learned they were being transferred to Fort Hood, TX.

“That was my first experience picking up and moving,” recalls Julie. “I had to give notice at my job and move to Fort Hood, not knowing anyone – brand new army wife.”

She embraced the change and enrolled in a master’s program at the University of Texas, Austin. She spent one semester there before deciding to make a switch, finishing her Counseling Psychology degree at Tarleton State University.

Julie juggled graduate school with growing her family. She finished her program and took time to focus on three young children. When time allowed, she found ways to use her training. She held an internship at the Family Life Chaplain Training Center at Fort Hood, where she worked assisting in an 8-week reintegration training program for soldiers returning from deployment.

Once her three kids started to gain independence, she spent a year studying for her exams. With her husband deployed most of that year, she hired a neighbor to come play with her kids while she studied.

Then a former colleague offered her an opportunity at his equine therapy ranch, helping with retreats for military couples and singles.

“I was like, ‘I don’t know what you’re talking about,’” she says. “‘But you’re offering me a job, so I’ll show up.’ And it was the coolest experience ever. I was hooked on the first day. I loved it so much I started a nonprofit for equine-assisted counseling.”

Just as she was getting her nonprofit off the ground, her husband announced that the military was moving them again.

“That was kind of devastating,” she says. “I wanted to find someone to take it over, but there was no money yet, so it just slowly died. That was one of the most challenging experiences I’ve had in my career. I was passionate about equine therapy and I had invested so much time and energy in it.”

The move took them to Virginia for two years. Julie had trouble getting licensed there, so instead, she took a job in North Carolina, an hour away, where she had been granted a provisional license.

Then came another military move, this time to Kansas for a year. Julie opted to take a job at a community college on the military base, teaching psychology and counseling methods. Next, a relocation took them to Georgia. After four months of paperwork, Julie was awarded her license. Now came the work of finding a job.

“I just went through a list and called every private practice in the area, asking if they needed someone. And one of them did,” Julie remembers. “They had lots of military clients, which was perfect for me. And I got to do supervision. That’s when I realized how much I loved having a hand in the clinical development of the next generation of therapists.”

Additionally, she served as a Military Family Life Counselor at an elementary school in Georgia, which she also enjoyed.

Then the family got notice they would be stationed in Germany. Unfortunately for Julie, jobs in Germany for licensed clinicians were limited for those who were not psychologists or social workers. Even attempting to find an internship role was met with dead ends. She didn’t let that discourage her, however. She shifted focus and worked at her base’s Education Center, helping soldiers to get started on their G.I. Bills.

The next move was back to the U.S. via Pittsburg, Kansas, where Julie and her husband made the decision to stay until their children graduate high school, which means six years in one home, something she calls “foreign.” After getting her license – again –  she was ready to finally dive into her field, knowing she wouldn’t be giving notice any time soon.

“I applied for a lot of jobs I didn’t get,” Julie says. “It was frustrating. I have 20 years of experience, but I’m always coming in as the new person.”

Instead of getting hired locally, she found a remote position online. Her work makes use of her speciality as a therapist, helping military families. She’s also become an AAMFT-Approved Supervisor, and she’s working on her PhD.

“I was trained in solutions-focused therapy, which is good and it works for the right people,” Julie says. “But I’ve become more emotionally-focused, especially with our military. They are trained to shut down their emotions, for good reason. But they come home and deployment after deployment they have a hard time emotionally connecting with their family. So that’s why emotionally-focused therapy is better for them.”

In the future, Julie plans to offer premarital counseling for military couples, focusing on the specific coping skills and preparations essential to their adventure ahead.

Julie knows that Motivo is an ideal platform for military spouses in the mental health field looking for clinical supervision. Julie herself was able to keep one supervisor through her entire journey, with most of it done remotely.

“I love supervising anyone,” explains Julie. “But I have a heart for military spouses in our field, because it’s so challenging to build your career. Sometimes we can’t get hired because the agency knows we won’t be around forever. But we do have so much to offer. We’re worth it!”

All of her experiences give her a special edge as a supervisor.

“Pretty much any job you’re doing, I’ve probably tried. I like to see where my supervisee is at and pull from all the different models I’ve learned in the past. I really try to tailor our supervision to what they need and not just how I think they should grow. I long ago learned there’s not just one way to do something.”

Think Julie might be the perfect supervisor for you?

We’d love to introduce you to Julie through a free, 30-minute video call. Click here to let us know if you’re interested in connecting with her or one of our Motivo team members. 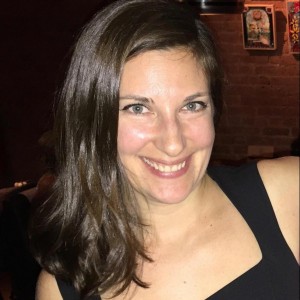